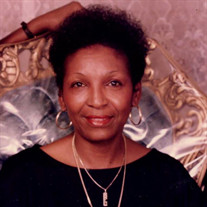 The family of Mrs. Annie F Cutchin created this Life Tributes page to make it easy to share your memories.

Annie Frances Cutchin was born on December 29, 1936 in Bennettsville,...

Send flowers to the Cutchin family.