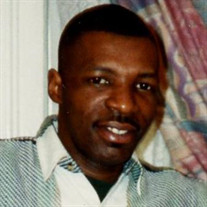 Dennis Alfred Porter affectionately known as "Junior", was born to the late Carmen and Eric Porter on July 25th, 1960 at Mickleton, St. Catherine in Jamaica West Indies. He was the only son and the youngest child of seven children. His parents migrated to the United States in the late 60's. Then Dennis later joined them in the early 70's. Dennis along with his older siblings and parents initially lived in the Bronx. Then in 1972, his family moved to Brooklyn in their current family home on Miller Avenue. He was always a quiet, fun and loving child. As he was about to finish High School his father suddenly passed away. This devastated Dennis. However, with his family's help and support he matured into a fine young man. Understanding the importance of being responsible in life he gained employment with Mary Manning Nursing Home. During those years he met and later married Kerence Osbourne on October 3rd, 1991. Dennis and Kerence conceived and raised three children: Denise, Terence and Nicole. He was a loving and dedicated father that would do anything for his children. He was also an exceptional employee, he was never late. After working with Mary Manning Nursing Home for over 25 years he unfortunately suffered a stroke and a heart attack in 2010, which left him disabled along his right side. Despite his inabilities, Dennis was determined to regain some form of mobility and independence. He will be remembered by his family and friends for his love of children, playing old school reggae music, watching western movies, wrestling and sports. Dennis loved to play solitaire and Black Jack. Dennis was a beloved husband, father, grandfather, brother, uncle, granduncle and a compassionate and loyal friend. His loving memory will be cherished by his children: Denise, Terence and Nicole, wife: Kerence Osbourne, grandchildren: Rayneice and Jessiyah, devoted sisters: Sonia, Linnette, Icilda, Margaret, Merlene and Althea, numerous nieces, nephews and a host of other family members and friends. Dennis Alfred Porter though absent in body his loving memories will live on forever in our hearts.

Dennis Alfred Porter affectionately known as "Junior", was born to the late Carmen and Eric Porter on July 25th, 1960 at Mickleton, St. Catherine in Jamaica West Indies. He was the only son and the youngest child of seven children. His parents... View Obituary & Service Information

The family of Mr. Dennis Alfred Porter created this Life Tributes page to make it easy to share your memories.

Send flowers to the Porter family.