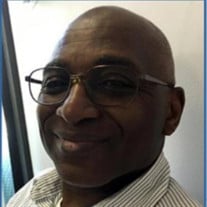 Leroy Malcolm Duncan was a dedicated husband, father, grandfather, and a lifelong resident of New York City who had an extended career in NYCMTA, died on January 14, 2022. He was 70. Leroy Malcolm Duncan was born February 4, 1951, in Brooklyn, New York, to Leroy Duncan and Suzie Mae Rogers. His father served in the army in North Carolina, and his mother was a retired NYCMTA Train Dispatcher, and she was also from North Carolina. Leroy attended Boys and Girls High School and Oswego University SUNY, where he discovered his love for basketball. During the 1980s, Leroy launched his career in the NYPD as a Dispatcher. He went on to proudly serve, for 37 years, as a Train Operator for the NYCMTA. Brother Duncan was an active member of Christ Tabernacle Bushwick in Ridgewood, NY, where he honored the Lord in ministry and served on the Usher Board Ministry. Leroy was a cancer survivor, and his hard work and determination set a strong example of integrity and faith for his family. He valued most of his time with is his spouse and partner of 34 years, Rita G. Duncan. Leroy Malcolm Duncan is survived by his spouse Rita G. Duncan, sisters: Carol Lillian Brown and Vianna, first union: Vernell Duncan, children: Tyneik S. DiCosta and Shearrod M. Duncan, son-in-law: Anthony DiCosta, daughter-in-law: Rose Muniz, stepchildren: Christopher J. Hicks and Mordie G. Hicks, grandchildren: Niason, Nimora, Ovia, Amara, and Grayson, along with several cousins, nieces, and nephews.

The family of Mr. Leroy M. Duncan created this Life Tributes page to make it easy to share your memories.

Send flowers to the Duncan family.